A rating for the proliferation of the virus seems hard to pin down at this time. R0 estimates range from 1.4 to 5. That is very extreme.

There are many other theories about the Wuhan 2019-nCoV especially related to its source. Because there are so many questions unanswered and because there is no trust for the United States or China in matters of this kind, a vulnerability exists for falsehoods. But it is really just another nasty virus that has come from the mammal kingdom, and humans are mammals. We have always been fighting viruses.

If 6,038 cases and 132 deaths (Wikipedia) is an accurate and absolute dataset, this hour, 2019-nVoC may not be anywhere near as morbid as SARS but it will infect tens of thousands or more unless China’s containment works. Nevertheless, Beijing has undertaken an extraordinarily aggressive campaign to help patients and contain the bug.

RINJ has been reaching out since December to connections within academia in the Hubei Province of China.

Gradually, more and more sources are reaching back and sharing their information about the nCoV crisis in every province of China.

In one instance, interning Hubei scientists close to the matter say this Wuhan nCoV strain has been around for five to six months, claiming it has changed in what may be a normal evolution following its infection of random people and subsequent spread, human-to-humans.

At the bottom of this article one of The Nurses Without Borders will set out some suggestions for women and children to share with their families as an enhancement of health and safety, every single day, regardless of the Wuhan 2019-nVoC, but especially because it should be a reminder and reinforcement of the need in the 21st Century to be mindful of basic healthful habits, like handwashing and household and workplace cleanliness. Good health habits no longer just prevent catching a cold, they can prevent an encounter with morbid illness.

Above all, be well, Wuhan. 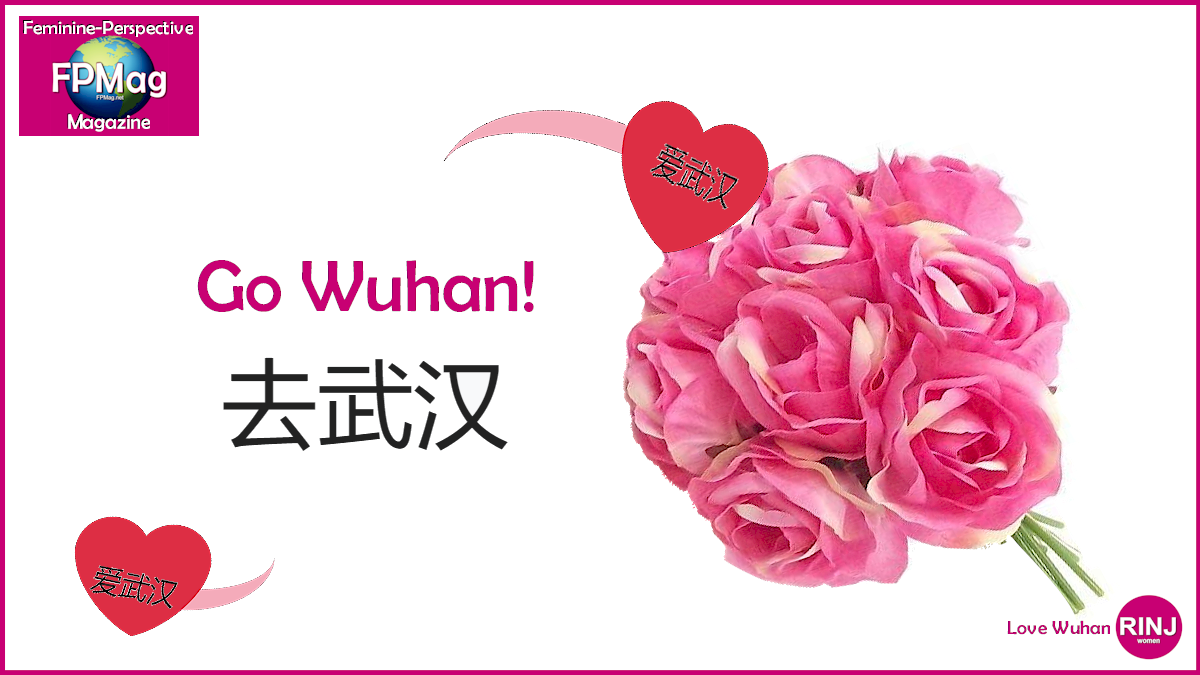 Most Wuhan adult shoppers probably have at one time or another been to the ultra-busy Wuhan Market which according to Beijing politicians is the source of the current virus outbreak.

Numerous RINJ  sources now believe the market is not the source. This information comes from students and medical practitioners who are understandably angry with their government which means that the information will need substantial corroboration.

That corroboration may be found in a recent study report in a medical journal which evaluated 41 early cases of the Wuhan betacoronavirus and found that 13 of the 41 cases had no link to the marketplace whatsoever, notes ScienceMag.

The significance of that is that Asian marketplace shopping frequency is to Canada what attending a Tim Horton’s or Starbucks coffee shop might be. It’s a common thing but not likely connecting all participants to catching an illness. Over a million people have been to that Wuhan market lately. There are not a million people falling ill.

In Asia, the markets are a big deal. Shoppers barter, and take pride in making under-the-table deals on things that are rare. Showing off those prizes at home to family and friends is a fun social thing.

That 28 out of 41 adults in the study of the Wuhan coronavirus had been to the market in the past 30 days is normal.

That 13 2019-nVoC infected persons out of the 41 infected patients, each of the 13 strangers to the other 28, had never been near the market, nor had their families attended the marketplace, literally shouts a question or two.

While the focus must be on helping patients, the source of the Wuhan outbreak may come as a surprise. Many point to the two Level 4 Mil-spec bio-tech laboratories of Wuhan and also the four or five lesser noticed labs in Wuhan’s region, not that it matters.

How dangerous is the Wuhan novel betacoronavirus?

Hence, by that estimate, the infected population, if the numbers in this article remain true including the lower incubation estimate, will double every three to six days based on a thumb-and-eyeball guesstimate.

A detailed analysis of transmission levels has also been conducted by the British. Imperial-2019-nCoV-transmissibility

Another estimate is staggering.

Several doctors at the School of Public Health and Primary Care, Chinese University of Hong Kong, in Shenzhen, China have published a non-peer-reviewed evaluation of the mean R0 as likely to be below 5 but above 3. That is staggering. 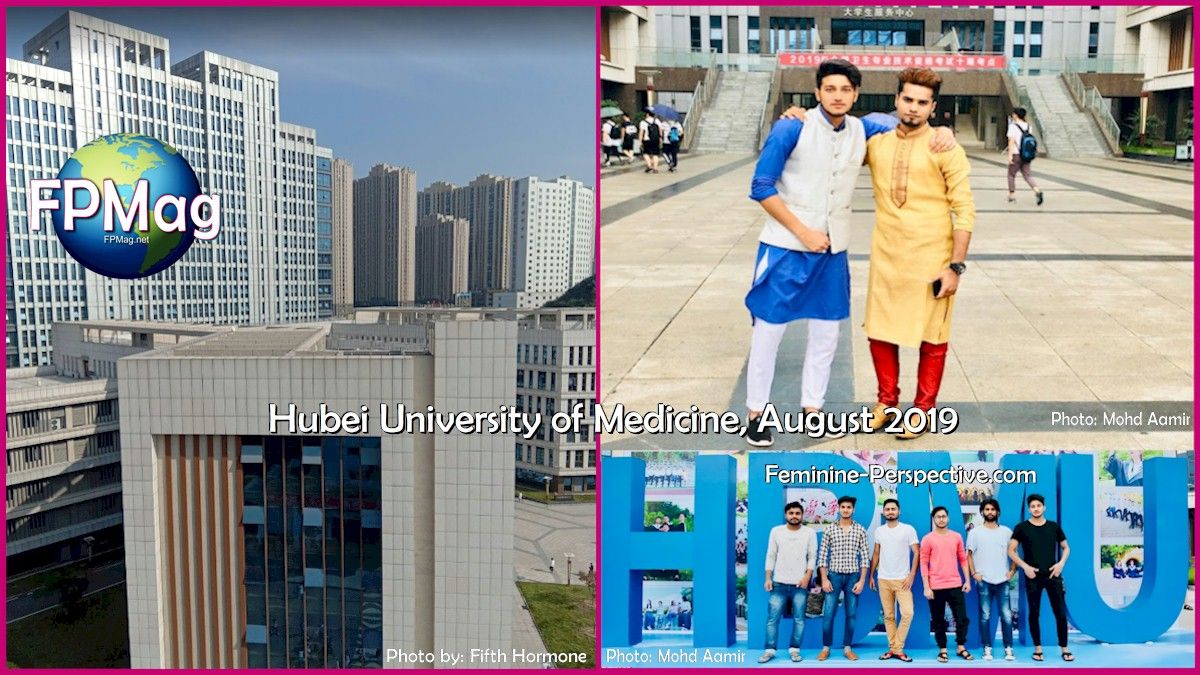 Is this a weapon? The answer was another startling myth.

RINJ asked several sources in China. To paraphrase, “There appears to be a slim possibility this came from a Wuhan hybrid medical/weapons facility from bioweapons projects. Its not what people are thinking. Maybe the medical side might have been looking at developing medicines and had many pathogens under study. This doesn’t seem like a final product but maybe an incipient weapon—a pathogen of interest? But the contagion aspect is all wrong. Weapons makers would not normally design a bioweapon to run out of control infectiously. It’s release into the population is probably accidental or foul play like a theft by a freelancer, a Middle East terrorist working on a narrow scale that went wrong and out of control? Start checking the schools with access for names on France’s S-list.”

Another myth proves how worried people have become as a result of receiving little to no official information .

The Wuhan 2019-nVoC is dangerous because it has a high incidence of morbidity. It kills humans.

It is also dangerous because patients who spread the virus are asymptomatic. This betacoronavirus requires less than a week incubation for the first indications among the first infected patients.

Patients who have died from the Wuhan betacoronavirus have never before suffered underlying chronic illness and were perfectly healthy according to a 4-day old report issued by the medical journal, Lancet.

Dr. David Heymann, an infectious disease epidemiologist at the London School of Hygiene and Tropical Medicine, describes in a report “a disease with a 3-6 day incubation period and insidious onset.”

This information corroborates what Chinese students have been telling RINJ of their observations.

In four or five days after contracting the virus, mild upper respiratory symptoms may present, like a random sniffle. Patients with underlying chronic illness, especially asthma or other lower respiratory conditions may develop pneumonia quickly. That appears to be true based on reports from Wuhan hospitals which reports of late have become more difficult to obtain, perhaps because of the steady flow of patients and overworked staff members.

The 2019 Wuhan betacoronavirus is probably 6-months old from first iteration in a human host. It has been changing and continues to either change or in the alternative there were various strains initially. The latter “seems unlikely” according to virolology students in China who are watching these developments.

Sources in Shiyan City tell RINJ that the earliest unofficial indications of the Wuhan virus may have been in September of 2019, a few weeks after the expulsion of Chinese students from Canada’s Level 4 biolab.

RINJ‘s source who is a woman friend of Canadian virulology students can’t exactly remember but thinks the peculiar cases occurred on September.

This was shortly after the expulsion of some students and their scientist team leader Dr. Xiangguo Qiu who had worked in a Canadian National Microbiology Laboratory with high security BioSafety level 4 (BSL-4) certification. 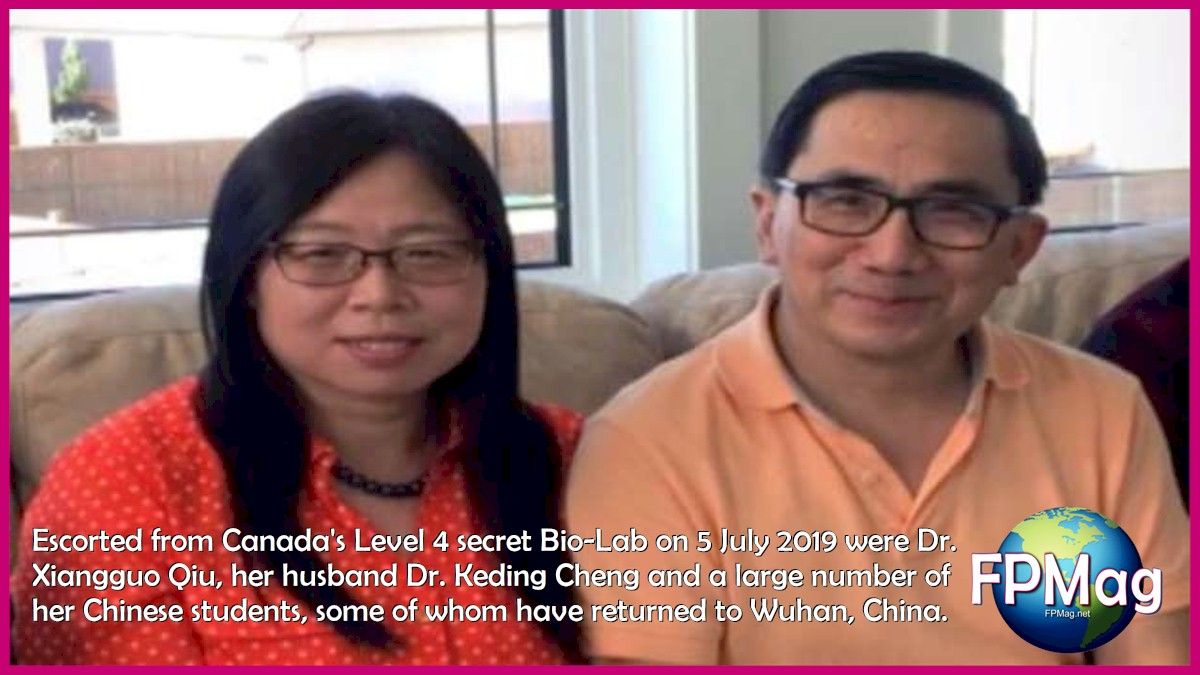 File photo. Escorted from Canada’s Level 4 Bio-Lab on 5 July 2019 were Dr. Xiangguo Qiu, her husband Dr. Keding Cheng and a large number of her Chinese students, all secialists in Ebola Vaccine Research. This was seen as part of a tit-for-tat series involving the Meng Wanzhou arrest and China’s response of arresting Canadians. Photo Art/Cropping/Enhancement: Rosa Yamamoto FPMag 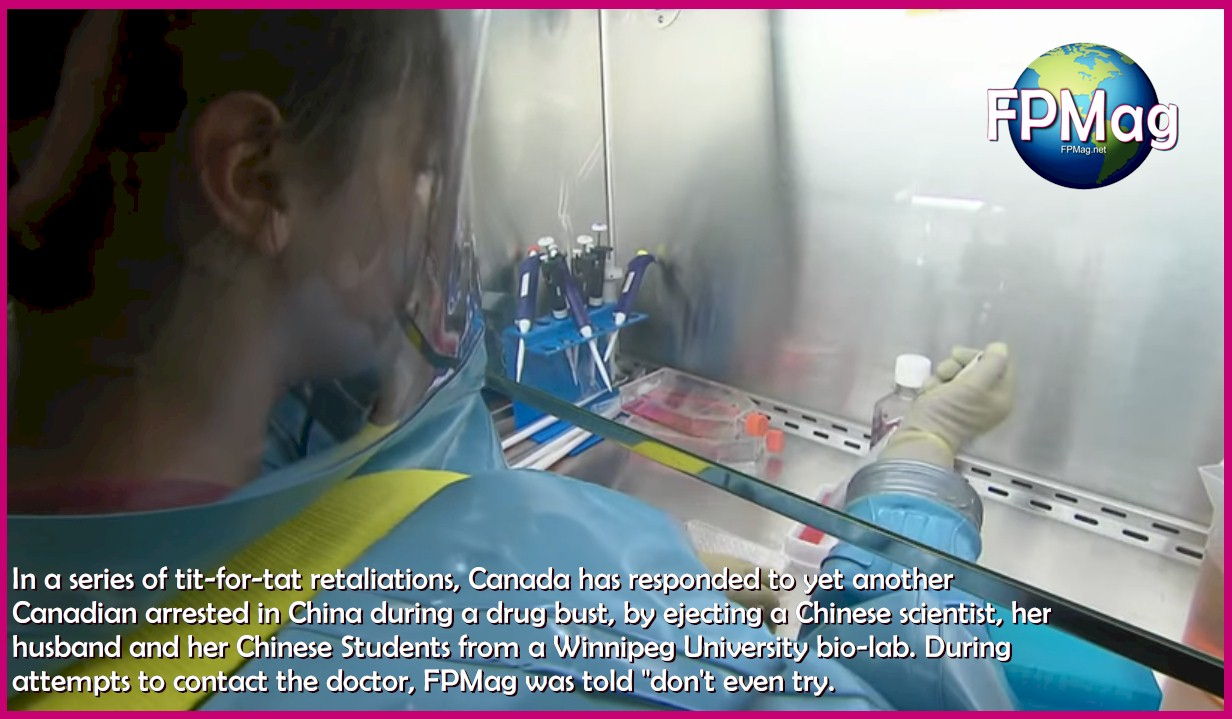 “Don’t panic. Don’t stress. Practice healthy living, wear a mask in cities and crowded areas, and you will be fine,” say nurses.

When asked by RINJ about best precautions for the safety of women and children around the world, RINJ nurses unanimously urged for “all the normal good health practices”.

“No matter who you are, get plenty of sleep; eat a healthy diet and take all prescribed medications as per your doctor’s orders,” notes nurse practitioner Michele Francis.

“I am also telling groups I address to start drinking more water, says Nurse Francis. ” With the recent increase of nasty pathogens floating around in the air, I think women, children and their families should not allow themselves to be in or near other people with a dry throat.”

“Right now would be a good time to acquire your own personal water bottle,” she continued, “filtered if you can afford that, alternatively just get your own refillable water bottle and charge it up from a reliable source of clean drinking water. Please remember to clean your bottle each time you fill it or as often as possible otherwise.”

Nurse Francis says she also tells children and adults they should remember, “a dry throat catches invisible sticky bugs [viruses and bacteria] so drink at least two litres of water per day and double that if you catch a cold.”

“Families should be following this advice always, and realizing also that maintaining healthy habits minimizes life’s stress and less stress lowers many vulnerabilities,” she added.

“Use correct food preparation including the cleaning of all vegetables plus remember that eggs and all meats should be be cooked in a narrow range to 170°F/74°C for the most safety. Then allow a sitting time of three minutes before consumption. Use a thermometer to check temperatures. Some items require slightly lower heat but stay on the safe side,” added nurse Francis.

“Wear a mask in cities and in crowded areas,” says the nurse. “Our climate is changing and our air is getting bad in most cities.”

“Find something you like that has at least four layers of cloth or a 1-micron filter like an N95 breathing mask and wear it in the city or in crowds all the time.

Pollution is getting much worse.

Until politicians get the message that climate change is real and stop contributing to greenhouse gases and polluting our air so they can make more profits, wear a mask to show that you are climate aware and also to protect yourself from things like the occasional flu bug or pandemic viral infections.

Click image below to watch instructional video on how to wear an N95 breathing mask.

Click to Watch:  2019-nCoV is a respiratory illness which is antagonized by pollutants. Air pollution is so bad in so many parts of the world that wearing an air filtration mask is indicated . Wearing masks routinely is indicated in most large cities. Here is how to properly wear an N95 mask. Courtesy of The RINJ Foundation